This is the 1st half of a two-part project.  Part 2 is available here.

I realized today that while I use image histograms in several of the projects on this site (particularly my Real-Time Image Levels demo), I don’t actually provide a stand-alone image histogram viewer.

So what is an image histogram, and why is it useful?

What is a histogram?

I realize this definition is not entirely useful, but it is important to note that histograms are not used only in image processing.  Histograms are simply a type of graph - nothing more, nothing less.

A simpler way to define histograms is this: a histogram is a bar graph that shows population by category.  Categories are listed, in order, along the x-axis (or horizontally).  The population (or, alternatively, number of occurrences) of each category is listed along the y-axis (or vertically).  In this graph from the 2000 U.S. census, travel time of working Americans is shown as a histogram: 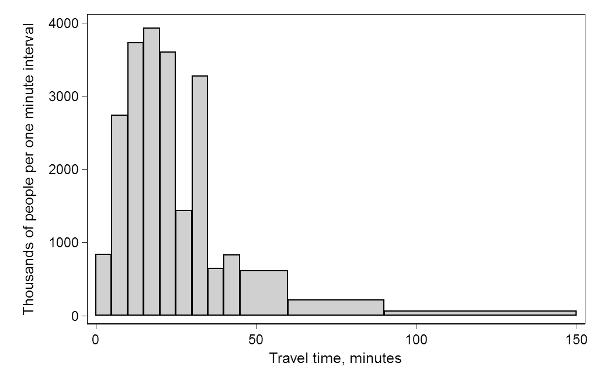 So what is an Image Histogram?

First, here is a histogram of a dark, cloudy image: 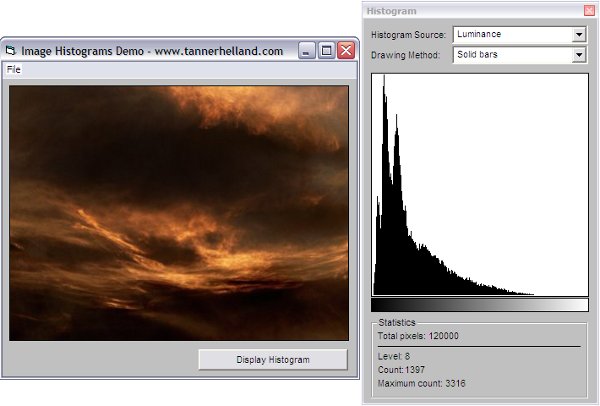 Conversely, here is the histogram of a bright image: 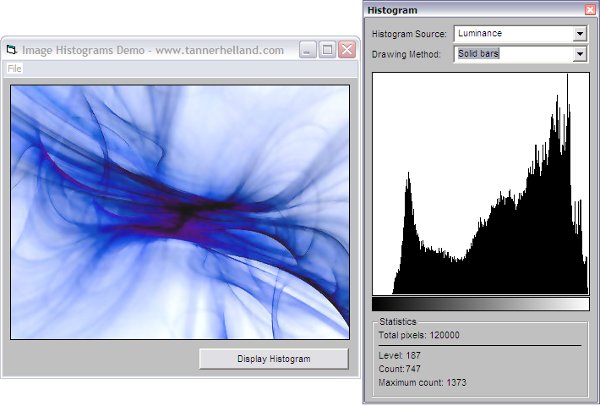 Now that you know what image histograms represent, try out the attached histogram code and see if you can predict rough histogram outlines before loading an image.