I wanted to title this article “a novel method for matrix randomization using polygons and custom differential post-processing blending“… but that was a bit long, even for me.

Why such a complex title?

It all started with a strange idea I had today.  I was thinking of common ways to randomize image data (don’t ask why), and it struck me that the most common randomization method - varying RGB data of single pixels - is not the most interesting way to go about it.  Why not use lines, triangles, or other polygons to randomize an image?  How would that look?

To test my theory, I wrote a quick program that selects two random pixels in an image, averages their colors, then draws a line of that averaged color between the two points. When repeated over and over again, such an algorithm leads to some interesting effects…

For example, I started with this God of War 3 image… 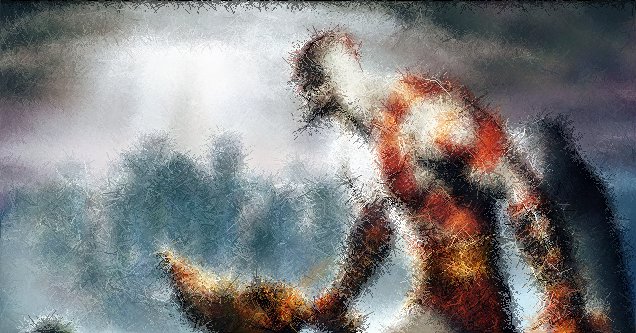 Here’s the same image, but with lines of max length 85.

Kinda cool, right?  I’m not sure what to call this effect… although it looks “furry” to me.  Should we invent a new word - furrification?

Once I had lines working, my next curiosity involved polygons.  Here’s the same picture, but with triangle randomization: 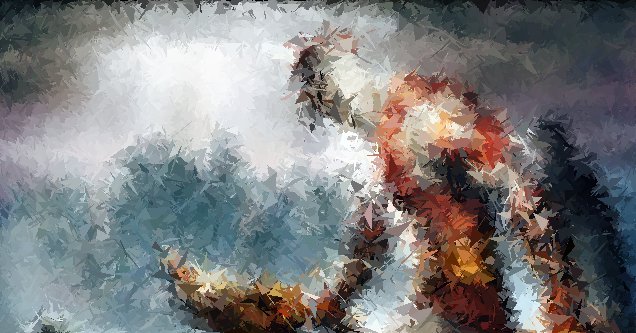 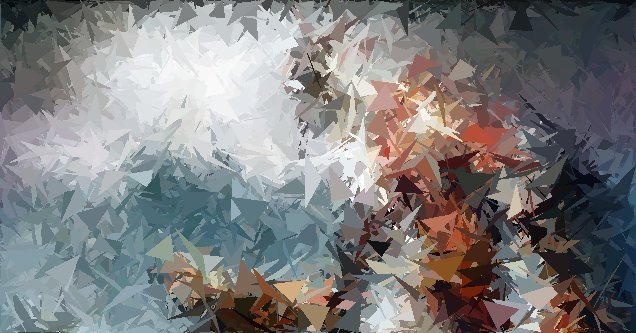 This is also a cool effect, especially when you watch it in action.  (The program refreshes the screen every 100 iterations.)

While I didn’t go to the trouble of implementing additional polygons, the code is primed and ready for it.  In fact, it would be trivial to draw polygons of any segment count.

Once I had my newly randomized images, I decided to pop into GIMP and do a bit of post-processing.  It was then that I realized this could be used to create something like a stained glass effect: 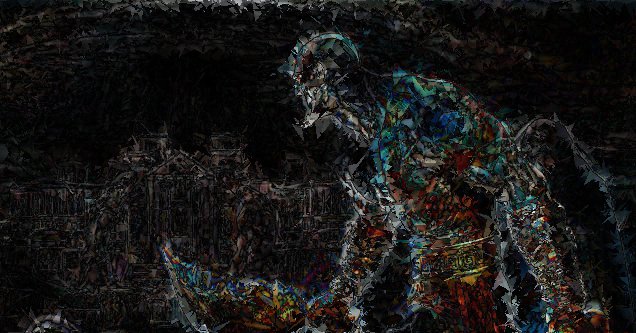 It’s trivial to create an image like this - simply open up your base image, then add a triangle randomized copy over the top as a new layer.  Set the layer mode to “difference” and bam: stained glass! 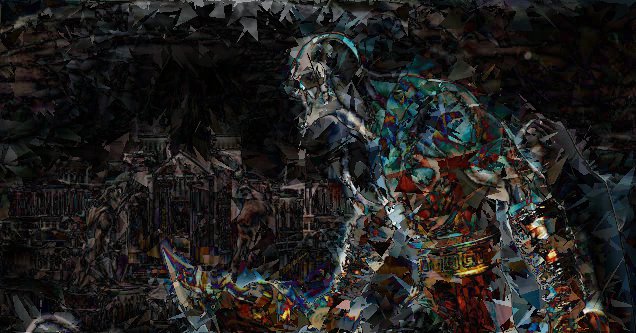 Same effect, but with a larger triangle size. 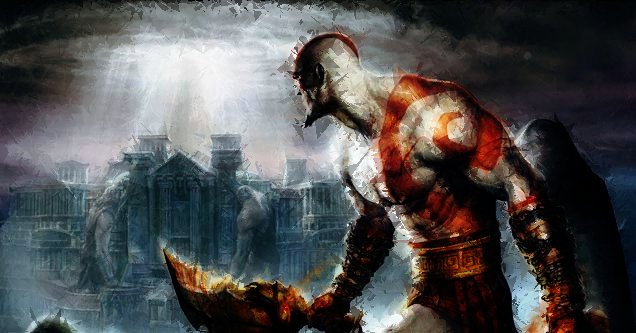 Anyway, I thought this was an interesting exploration in using randomized image copies as overlays.

Download the sample application and source code from GitHub