A good friend recently sent me a number of resources related to hooking common dialog controls. I’ve been interested in common dialog hooking for PhotoDemon, as it would allow me to add support for image previewing right in the dialog itself. This isn’t as necessary in modern versions of Windows (7 in particular includes a number of GDI+ improvements, making Explorer very robust with standard formats), but it can be helpful for unsupported formats like RAW photographs.

Unfortunately, several days of research have shown that it is not possible to hook a Vista or Windows 7 style dialog and maintain the modern layout. Let me explain with pictures: 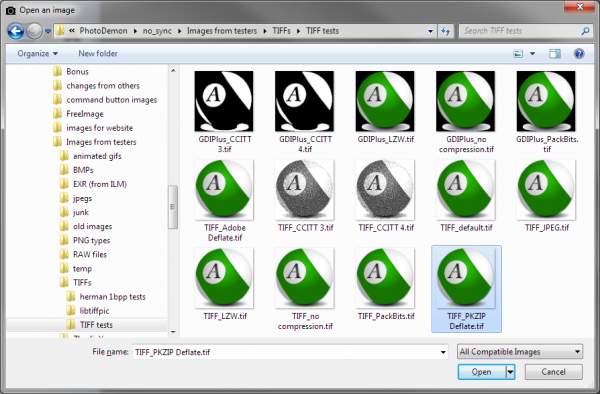 This is the standard common dialog control in Windows Vista and 7 (and presumably 8 as well, though I haven’t verified this myself). The biggest improvements over past common dialogs include a dedicated left-hand file tree, breadcrumb navigation at the top, and a persistent search bar.

The common dialog above comes directly from PhotoDemon’s current common dialog implementation. This is the native common dialog control on Vista and 7. I very much like it. As a comparison, here is the same dialog in Windows XP: 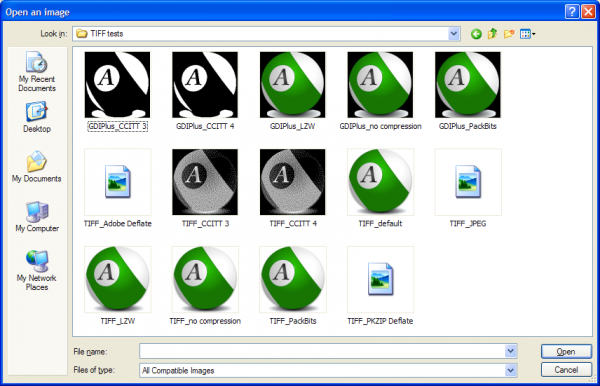 Same folder and images as the previous image. There is no breadcrumb nav, dedicated refresh, or search bar. Note also how many TIFF formats do not display correctly - including XP not recognizing the MINISWHITE flag on the CCITT TIFF files. Kinda interesting.

I strongly prefer the Vista/7-style dialog, particularly the breadcrumb nav and the persistent folder tree on the left.

Unfortunately, it is impossible to hook the Vista/7 dialog and maintain the native Vista/7 appearance. If you attempt to hook it, Windows will ALWAYS drop back to a previous generation common dialog. Here are some images to demonstrate, using a basic image preview hook: 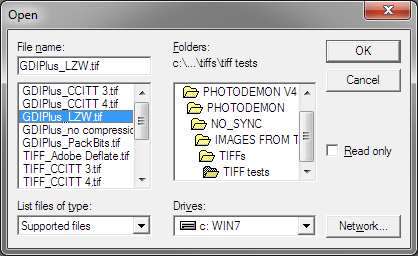 This is what happens when you attempt to hook a dialog, and all you provide is the OFN_ENABLEHOOK flag. Not pretty (and the hook doesn’t even work correctly). 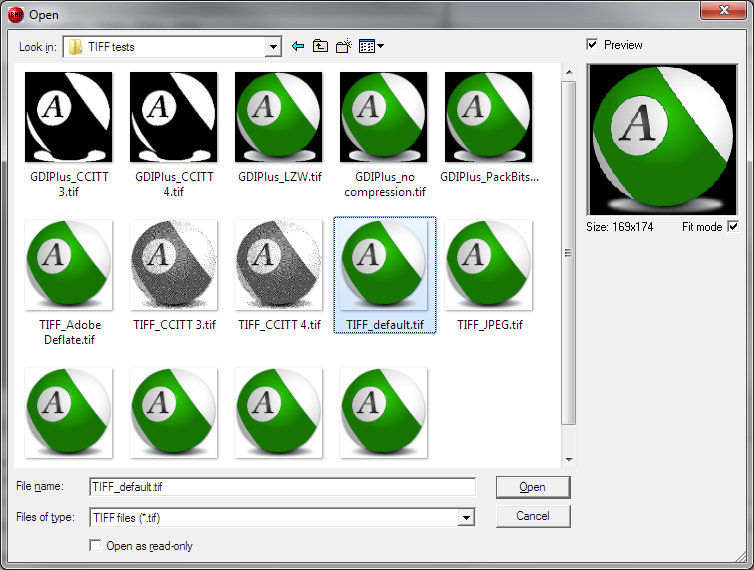 Here is the same dialog, but with the OFN_EXPLORER flag set. Note that hooking now works properly, but the common dialog itself has been reduced to XP style - the left-hand folder tree is gone, and the top bar has no breadcrumbs or search.

Note that the image above uses an older version of the OPENFILENAME struct, namely (this is its declaration in VB):

If you modify the struct to its newest version (as described here), you can slightly improve the dialog to look like this: 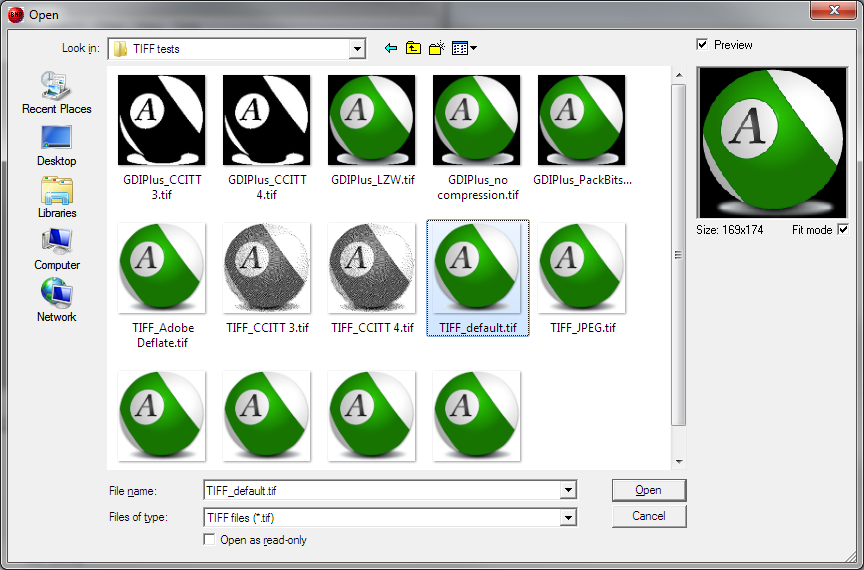 The newest version of the OPENFILENAME struct enables the places bar on the left. I don’t find this particularly useful - certainly not as useful as a folder pane - but perhaps some might find it preferable.

That is the best you can get if you want to hook a common dialog in Vista or 7.

Reasons for this have been speculated on by more qualified individuals than I. Over at stackoverflow, David H explains:

You are correct that it is impossible to get the new look when you use a hook. Instead you need to use the IFileDialogCustomize interface to customise the dialog. This is less powerful but does result in appearance and behaviour that is more consistent with the standard part of the dialog.

(More information is available here for those who are interested.)

Unfortunately, I am not aware of any way to access the iFileDialogCustomize interface in classic VB. If someone knows how, I’d love to hear it.

The take home message of all this is - if you work in classic VB and you want to hook a common dialog, you need to be content with an XP-style dialog. There is currently no way to maintain a Vista/7 style dialog while hooking.

For this reason, I’m going to stick with the stock common dialog control in PhotoDemon. I may look at a dedicated “browse” window in the future, which would allow for full image previewing, but I’m afraid such a feature is not on the roadmap for the next few versions.

All hooking-related screenshots were created using Carles PV’s iBMP project, which made it very easy to modify various hooking parameters and test the output. Thanks, Carles!